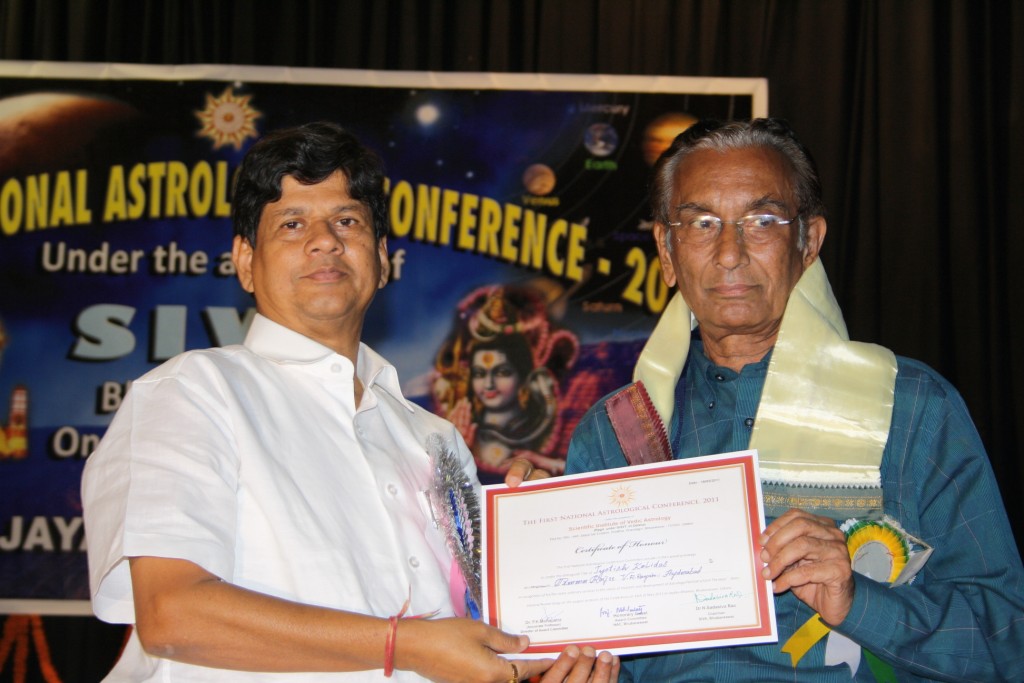 The First National Astrological Conference 2011 Committee under the auspicious of Scientific Institute of Vedic Astrology, Bhubaneswar, Odisha, India consider their proud previlege to confer the distinguished title of Jyotish Kalidas to Mr. Pemmaraju VR Rayudu in recognition of his extrodinary services to the cause of research and development of astrology in the august occasion of the conference on 16 May 2011 at Jaydev Bhavan, Bhubaneswar, Odisha, India. The Award was given by Ex-Judge of Odisha, India. 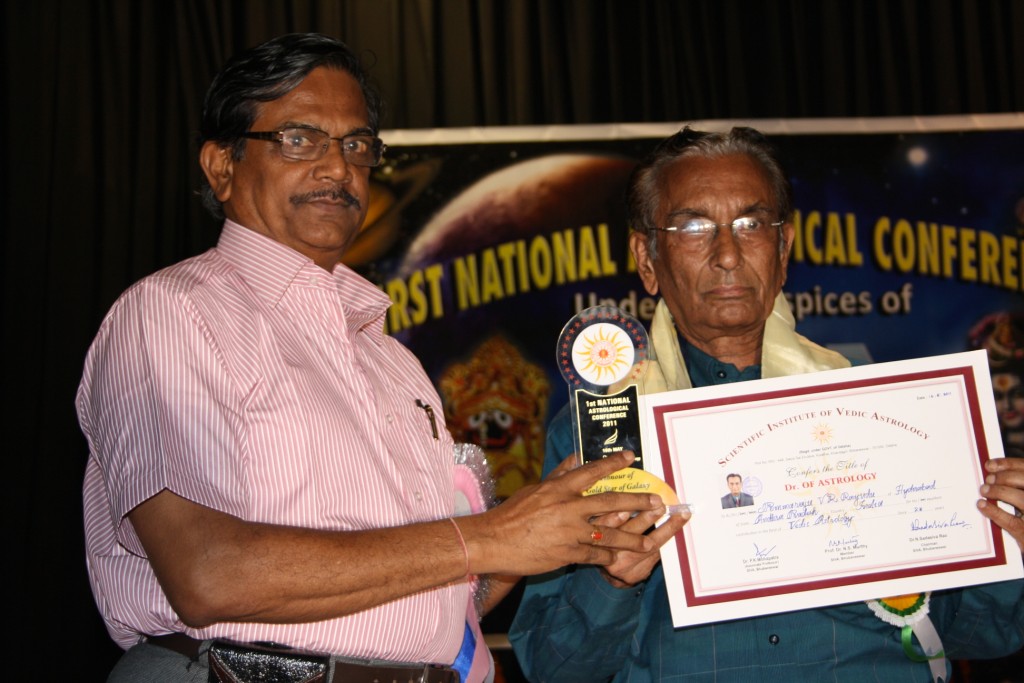 Scientific Institute of Vedic Astrology Bhubaneswar, Odisha, India confers the Title of Doctor of Astrology to Sri Pemmaraju VR Rayudu of Hyderabad, Andhra Pradesh, India for his excellant contributuion in the field of Astrology since 28 years ,during the First National Astrological Conference at Bhubaneswar, India on 16 May 2011. The Award was given by the Vice Chanceller of Utkal University,Odisha,India.

The Department of Culture, State Government of Andhra Pradesh (India), has given an Ugadi Award to Shri Pemmaraju V. R. Rayudu for his distinguished services in the field of Jyotish (Astrology).

Daivagna Ratna & Jyotish Aradhakulu Shri Pemmaraju V.R.Rayudu was born on 7 September 1938 in Vizianagaram. He retired as Senior Scientist & Deputy Director from Defense Research & Development Laboratory (D.R.D.L.). He has been doing research in Hindu Astrology for the last three decades. He was a member of American Federation of Astrologers. He wrote a book “How to read a Horoscope”. In 1995 he worked as a consultant in Maharishi University of Management, Holland. His articles were published in many prestigious astrological magazines. He recieved Santanam Award in 2001. 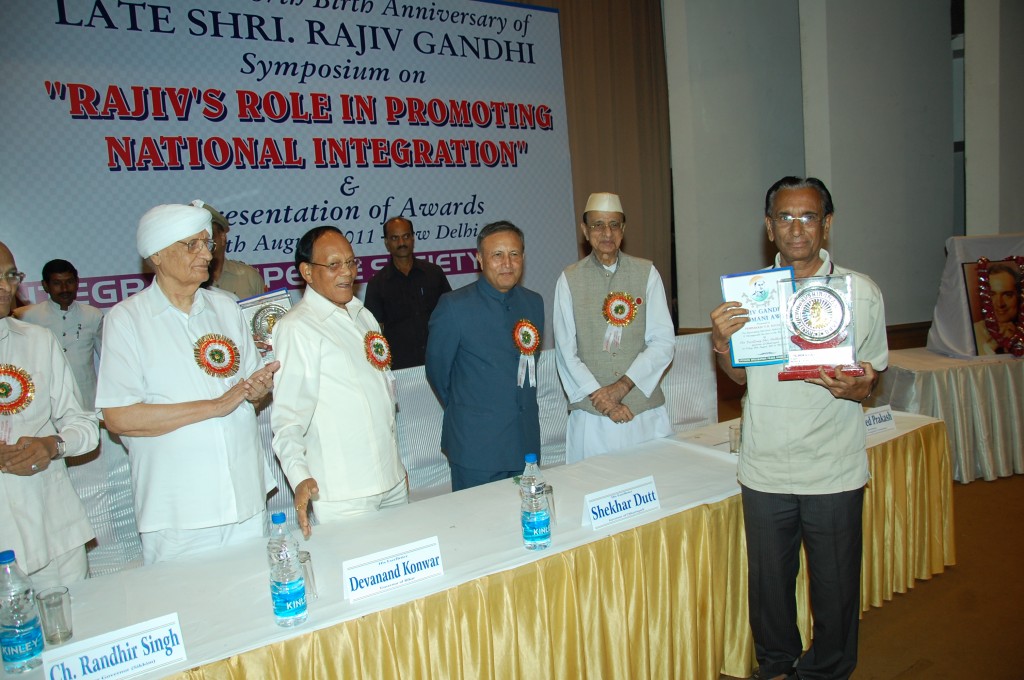 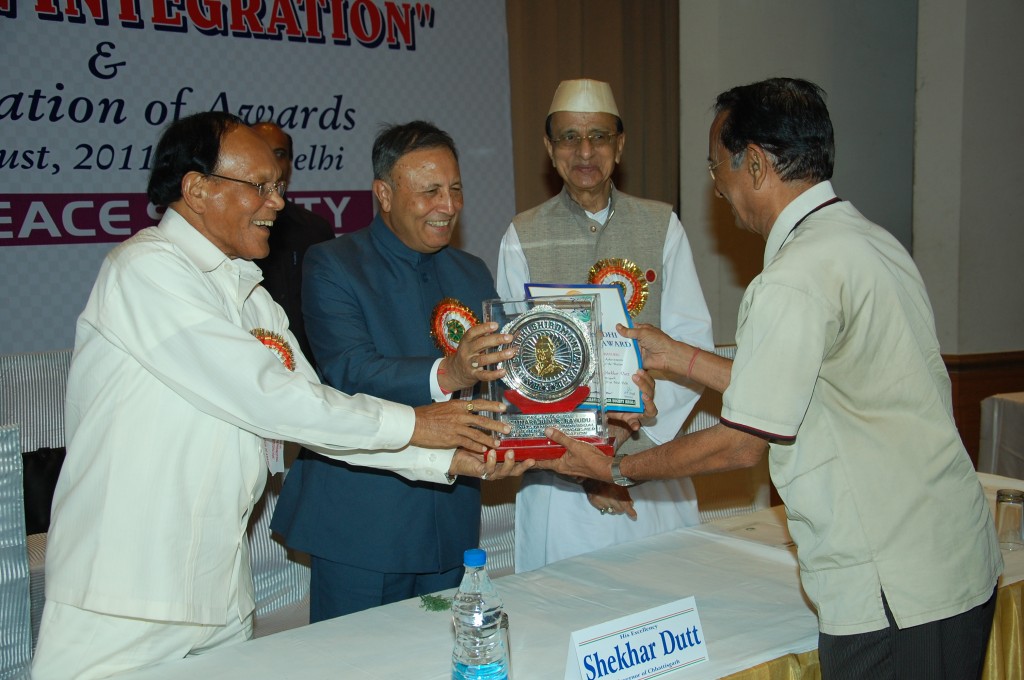