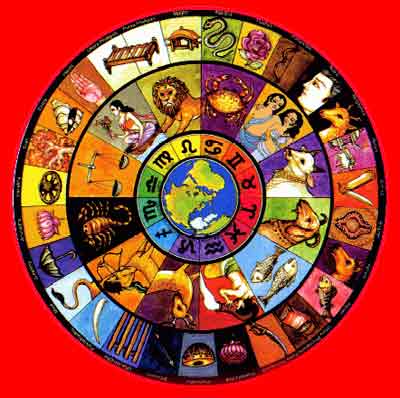 The following article was published in Today’s Astrologer; journal Feb 10, 1994 of American Federation of Astrologers, USA.

Despite the saying ; marriages are made in heaven,; many in India consult an astrologer before marriage to check the horoscope match between bride and groom. As a result, most marriages in India are generally a success.

In traditional Hindu astrology (Niryana system), only the sign and the star in which the Moon is placed in both horoscopes is considered. Many other aspects are not studied.

It has been found that the compatibility table given for 36 points from Moon sign and star in many texts and Pachangas(almanacs) for matching the horoscopes is not correct and does not consider the exceptions given to the standard rules, hence a new scientific model that allots compatibility points is evolved after successfully researching and testing its validity in many cases.

The factors considered on the basis of the Moon sign are Varna(spiritual or ego development),Vasya(magnetic control and amenability), Grahamaitri or Rasyadhipathi(psychological disposition, mental qualities, affection), and Rasikuta. The factors for the Moon star are Dinakuta or Tarabala, Yonikuta(sexual compatibility), Ganakuta(character and temperament), Nadikuta(pulse and nervous energy, physiological and hereditary factors), Rajju(married life duration and widowhood), Vedha(afflictions), Mahendra (well being, children, longevity) and Streedeergha. Also the Moon position is studied with respect to association and aspects by the natural malefic planets and its Ashtakavraga chart.

Despite the amount of analysis needed to derive the compatibility points as outlined above, many more astrological aspects and social, circumstantial conditions may have to be considered in totality. The method outlined above may be a first step in assessing a horoscope pair for marriage. Astrology has only to be taken as an advisory measure, bearing in mind the phrase ; forewarned is forearmed; and has, therefore to be consulted before the event and not after the event only in order to get a consultation only from the
astrologer who may suggest some Shanthis(remedial measures).If four or five horoscopes of a bride and groom agree and in such cases if one can find the factors contributing to Praptam(what is destined to fall in one’s lot), one can say which will be matched with the horoscope of the particular bride or groom.

However the maxim ; Runanubhandha Pasu Patni Sutalaya; stands meaning that a cow or a wife or a son or a house falling to one’s lot in this life depends on debits due to prior birth.

Below is an example of model horoscope of couple with successful marriage and prosperity.