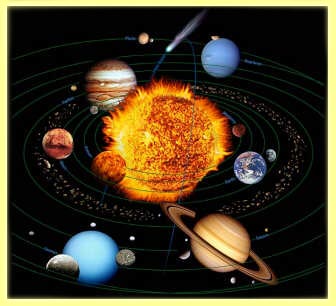 What is nadi amsha?

Most of the astrologers may be knowing by now what is Nadi amsha. For the benefit of others, the Nadi amsha is the subtlest division of a rashi (sign) suggested by Sage Satyacharya similar to the Vargas (divisions) given by Sage Parasara. It is generally the 150th part of rashi, amounting to 12′ of arc or 48 seconds in time if 2 hours duration is taken for rashi. In the Chararashis (moveable) it is counted clockwise from the beginning of rashi, in the Sthira  rashis (fixed) anti clockwise from the end of rashi and in the Dwiswabhava rashis (dual/common) from the middle of rashi. Different names are given for each nadi amsha such as Vasudha, Vaishnavi etc. the last nadi amsha being called Parameshwari. Thus the first nadi amsha of Vasudha in chara rashi will be the 150th in the sthira rasi and 76th in the Dwiswabhava rasi. The names chosen also seem to indicate some good or bad nature of the particular amsha similar to the names given in Shatshtyamsha.

Each nadi amsha is again divided into two parts called Poorvabhaga (first part) and Uttarabhaga (second part), amounting to total of 300  parts,  each
part consisting of 6′ in arc or 24  seconds in time. Some nadi astrologers divide the nadi amasha into 4 parts, amounting to a total of 600 parts, called Kalas  each Kala  consisting of 3′ in arc or 12 seconds in time, to distinguish the role and duty of an individual as Brahmin, Kshatriya, Vysya or Sudra in the broad fields of religious / philosophical guidance, ruling, trading, or service respectively.

Sthula(broad)life patterns are given for 1st and 2nd part of each nadi amsha in a Lagna (Ascendant).The general life patterns for some of these nadi amshas in a lagna are covered in the Astrological magazine of Bangalore, India. Sukshma (subtle) patterns are to be evolved with the position of planets in the particular chart.

How is nadi amsha visualized?

Now let us see how this nadi amsha divisions might have arrived at by our ancient astrologers. It is mainly based on Tatwa/Antar  Tatwa Siddantha. The order of the tatwas and their duration are Prithvi tatwa (earth) 6 minutes, Jala tatwa (water) 12 minutes, Tejo tatwa (fire) 18 minutes, Vayu tatwa (air) 24 minutes and Akash tatwa(ether) 30 minutes. That means, for every 90 minutes the tatwas complete one round and start the second round. Thus in 24 hours, 16 rounds will be done.In this the odd number rounds are Savya (clockwise) and the even number rounds are apasasvya (anti clockwise). Now, if you take Prithvi tatwa of 6  minutes and its Antar tatwa duration
will be 24 seconds (6 multiplied by 6 and divided by 90), which is the time taken for each part of nadi amsha.

You can see that the duration is still sub-divided into minimum of 12 seconds, which is time taken for each Kala of nadi amsha.

This scheme is given in the book “Jyotisha Siddhamthamu” (out of print now)  written in 1973 in South Indian Telugu language by my Guru Late
“DaivagnaRatna” and “Vidya Visarada” Sri Divakaruni Venkata Subba Rao, quoting “Jataka  Phalachintamani” that the tatwas take avaroha also.

Based on this, tables are evolved to find out the male/female birth after sunrise as per the birth tatwa, chara/sthira/dwiswabhava lagnas, day and Moon nakshatra (constellation).The tatwas represent male/female birth as: Prithvi male, Jala female, Tejo male, Vayu  female and Akash male. From these tables, time of birth can be rectified to suit the male or female birth. Of course, Mr.M.V.Rao  in his article “Rectification of birth time “Bhrugu nadi” in the magazine “The Times of Astrology” March 1973, Prof.P.S.Sasti in his book “Rectification of birth (An analytical approach) published by M/s Rangoon Publications of Delhi in 1996 and Mr.Marc Penciled in his book “The Nadi System of Rectification” in 1976  gave their own tables and interpretations for correcting the birth time for male/female
birth, without going into Aroha and Avaroha Antar Tatwas. Anyway, it is for the readers to find their best method to rectify the birth time for male/female birth. In either case, the calculation of correct Sun rise time is very important. I do not propose to discuss the same in detail here as it is not directly connected to the present topic.

My date of birth is 7 September 1938, Place of birth Vizianagram, Andorra Prudish, India Longitude 83-27 East, Latitude 18-07 North. The time of birth is given in the old records as 7 ghettos 55 vighatis after Sun rise. The Day of birth is Wednesday. The Moon Nakshatra is Savanna 4th pad. Following the system given in the book “Jyotisha Siddhamthamu”, following Antar  tatwas, the birth is in Tejo  anat.  tatwa  in Jala tatwa, Tejo representing male birth to suit to the other conditions of Libra chara rashi lagna, Wednesday and Moon nakshatra of Savanna. This matches the time of birth of 9-00 AM LMT or 8-56-16 AM ITS, as obtained from the original record and hence no rectification of birth time is required. This would give about 6 degrees in Libra lagna depending on the Amasha used. Now, the nadi amsha patterns around this 6  degrees in moveable lagna are to be checked, as given in the Astrological magazine of Bangalore, India,  relating to 31st nadi  amsha by name “Kampala” from 6 to 6-12 in moveable sign and 32nd nadi amsha by name “Quanta” from 6-12 to 6-24, for two parts in each nadi amsha.

For the sake of interest and appreciation of the readers, I quote below the general life pattern given for the second part of Kamalamsha (6-6 to 6-12) from Dhruva Nadi:

“The native belongs to a Shudder caste.(?). He is a devotee of Vishnu and is the 8th issue (?) to his parents. He is born in a city. His parents are long lived. His father lives as an employee of the State moving about in different places. He serves a Niche Parch. His profession in to do with chemicals and minerals (Rasayargada-moolena Dhabi dravyadhi Haitian). His father is a welted man. He lives in a foreign country. He has a number of friends. His mother is a lady of great moral character and discipline. His eldest brother is not alive. He has a long life and well built body (?) and a dark complexion (?). He is educated. He is dutiful to his parents and is Satwik  by nature. He has respect for the Brahmins and Gods. He is moderate in his ambitions and his talk. He has the knack to read others’ characters, but inclined to deceive his friends (?). He is an eloquent speaker. He is employed in the Defense department (Senapatimupashritya). He marries a good looking girl of character in his 21st (?) year. His real prosperity begins after marriage. When he is 16 (?) a great misfortune hits the family because of his father’s Yoga bhanga. His father becomes much afflicted due to the machinations of enemies and loss of wealth. After his 22nd year, he gets a daughter (?). His father’s enemies become crushed and things will again improve. His parents become extremely happy. At 29 he gets into the good glances of ruler. His father dies when he is 32 (?). There is continuous prosperity after 35. At 36 his mother dies(?). At 40 he has a big lift in the position. He is sent to foreign countries on errands. He gets plenty of money and two conveyances. At 42 he gets Raja Mudras. 2 sons and 1 daughter (?) are long lived. He is helpful to others. He gives charities. His sons also prosper. He prospers like the waxing Moon till his death. At 64 his wife dies. At 65 he passes away.”

I may mention here that the general pattern mostly matches except for the ages and the question mark (?) is given in the brackets wherever it differs. The idea to give this reading is only to appraise the readers how a general life pattern is given from the lagna nadi  amsha only. The patterns in the other nearer nadi amshas are not discussed to save space. It is not also necessary that all the points have to match correctly since it is only a broad background key to subsequently link it up intelligently with the actual planetary positions for understanding the actual life events.

Though it is fairly understood how the nadi amsha divisions are visualized by our great ancient astrologers, it is still a hard nut to crack how they could have given the general life pattern of each nadi amsha without referring to any particular lagna and planetary positions. It seems that there are 108 tatwas, what are they and whether they are also linked up the nadi amshas is not known. This minute division sets the seed of an individual. If the correct nadi amsha is established, which is not so easy, there is a bird’s eye view of the entire past and future of the person concerned. Each nadi amsha has got its own peculiar characteristics, but it
can clearly indicate one’s pattern of destiny. In relation to planetary positions, birth star etc. it can give an idea of one’s parentage, number of brothers, sisters etc. A nadi amsha connected with a birth star and certain other planetary situations can enable us to predict future events with considerable accuracy. In fact, it seems, that Sage Satyacharya, father of Nadi Astrology, says that in the absence of the correct nadi amsha, the time of birth cannot be decided accurately.

During my recent visit to USA to give lectures on this topic of Hindu Astrology in the conferences of American Federation of Astrologers and Arsha Vidya Gurukulam, on their invitation, I found there in a World almanac book that for every 3 seconds 9 births and 6 deaths take place ( it is for the scholars to understand where the other extra 3  births are coming from). That means, this nadi amsha division that a human birth takes place in every 12 seconds also may not hold good in the present circumstances. The present nadi amshas might have been written in the ancient times when the birth rate is very slow. Also it looks that these patterns are visualized to suit more to some particular regions within some distance of longitudes.

Therefore, it is the moral duty of every astrologer to collect and maintain the birth data and life events of the known individuals and discuss with others in the field with an open mind and research angle or present their findings in this esteemed journal or elsewhere for the benefit of others in the field. Then probably we may get similar charts on the same day with different lagna parts and life stories, born to different parents or as twins, in different countries to really do some research. By subjecting the Sage’s revelation to proper investigation and research, some rules may be formulated to pinpoint the correct moment of birth, if God permits the ancient astrological wonders may be revived again and a new Nadi Grantha may evolve to suit to the present modern circumstances. It is also necessary for all astrologers to thoroughly study the available literature on Nadi astrology, though scanty, and attempt to collect as much information as possible for real research.

Nadi amshas and their order in various rashis

The following table is attached to my article “A Note on Nadi Amshas” by the magazine “Vedic astrology” on their own.It is likely that the names may
differ by some others..